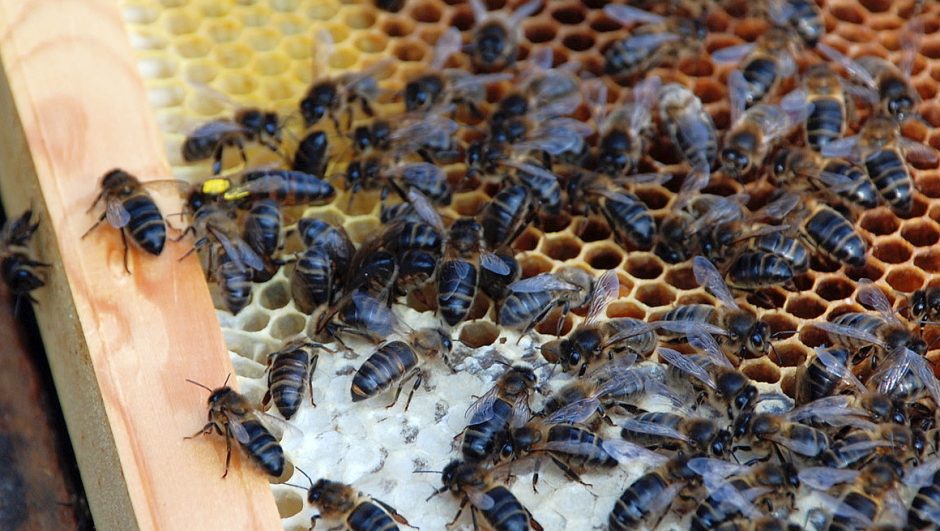 The Ardnamurchan Native Bee Project was wound down last year, partly due to my imminent move to the Scottish Borders and because of heavy colony losses. These losses were due largely to the scarcity of forage in an area which suffered two successive Summers so wet that the bees were hindered from foraging adequately.

Early in 2018 I came to live near Kelso, bringing a few colonies of Amm bees from Ardnamurchan.

I soon set about looking for a suitable area to establish a mating apiary, sufficiently distant from other honey bees to avoid hybridisation. This proved less difficult than I had anticipated, thanks to information for interested locals about the whereabouts of managed bees and their eagerness to support the conservation of the native honey bee.

Not just one but two valleys in the Cheviot foothills appear to be suitable for isolated queen mating. I worked one of these this year and the results look promising: no non-native physical characteristics have been seen among the new queens’ offspring so far.

My breeding plan was to use three of the four colonies I brought with me to provide drones, with extra drone foundation in their brood boxes. The fourth colony was used for raising queen cells; and I bought a local colony to help furnish bees for nucs to house the virgin queens, once they were ready to mate.

The scale of this year’s queen rearing was small, given my few colonies. But with 12 colonies going into the winter, I hope to make more progress next year and be able to supply a few queens to others.

Meanwhile some fellow members of SNHBS, both local and from further afield, are taking a great interest in the potential of this area for Amm breeding. We are actively discussed how to make best use of this resource.

If you would like to contribute or participate in this initiative please get in touch.